In every area, technology continues to advance at lightning speed. But often working in tandem with the latest tech, there are key mechanical features, just as important, that go under the radar. A perfect example is the servo motor. Used in a wide range of industries, applications, and products, these small, efficient, and reliable motors provide crucial precision and accuracy which is more important than ever, especially in the bulk solids handling industry. In this article, we’ll answer key questions, including what a servo motor is and how they work, while looking into different types of servo motors, their applications, and their advantages.

What is a servo motor?

But Servo motors are also perfect for industrial and commercial manufacturing systems that need a high level of precise speed and accuracy. This is where servo motors come into their own in the Trantec range of metering screw feeders, rotating auger screws to providing accurate batching of powders or a precise flow rate of the powder. 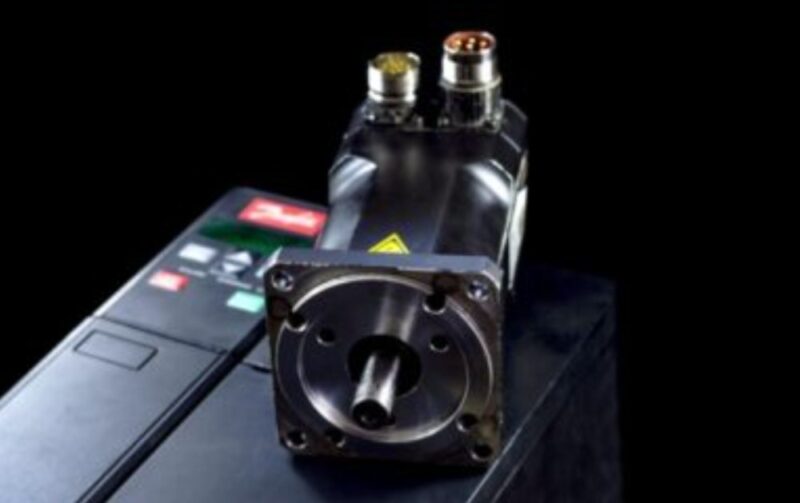 How does a servo motor work?

Consisting of several core components, servo motors include the motor itself, a control circuit, and an encoder or similar positional feedback mechanism. The motor is often connected to an internal gearbox which drives the central output shaft. The servo m

otor’s control monitors the motor speed, torque, and acceleration and other appropriate parameters, applying real-time adjustments to keep the motor operating as programmed.

Being relatively small and highly efficient, servo motors are used in a wide range of machinery in the industrial and commercial manufacturing and production sectors. But because of their versatility, they’re also commonly used as individual parts in smaller, mechanical machinery and end products for home and commercial use.

While you’ll find smaller servo motors in everything from cameras to home printers, and toys, they’re also widely used for precision and speed in larger industrial production applications. This can include robotics for in-line manufacturing, conveyors, or computer-controlled machine tools.

Servo motors are the ideal application for our range of Trantec volumetric feeders. The servos can run at very low, as well as high speeds whenever needed, to give you accurate batching over a broad feed range. This is something standard AC motors can’t do without overheating and losing torque.

And by combining servo motors with specially designed geometry and auger screw profiles, such as multiple flight augers (or multi-flight or multi-start augers), they can produce a metering feeder of exceptional performance and versatility. A larger dosing range often means one Trantec feeder can do the work that would normally need two different feeders or augers.

All servo motors are largely the same in terms of the functions they perform, with their shape and size depending on which application they’re used for. But there are two main types of motor that can be used in industrial manufacturing and machinery, as well as smaller parts and products, based on their AC or DC electrical classification.

The DC type of servo motors use DC electrical current and are designed to cope with and perform better using lower voltages. Their speed capability is directly proportional to the voltage supplied and, having more model variations, this more general motor is best suited for smaller applications and products that don’t require the faster speeds and precision accuracy of an AC servo motor.

Series servo motors are capable of having a higher DC current passing through them, giving them a higher torque rotation, but the speed control is lacking.

Shunt control motors have a low starting torque and consist of field windings, producing a magnetic stator field, which are wired in parallel with armature windings in the rotor assembly.

Though lacking power overall, these servo motors generate torque through permanent magnets embedded in the rotor, with speeds equalling the energy applied by the DC frequency.

As a developed and improved variant of a standard DC servo motor, Brushless DC servo motors share similar traits to their AC equivalents in producing precision accuracy and powerful torque. The key difference is that their rotors don’t contain wired coils, and instead use permanent magnets.

This allows the input of standard DC electrical current to be switched back and forth to simulate an AC current. Thanks to this, brushless motors are more efficient for smaller applications that are designed to need continuous power for use over longer periods.

In contrast to DC servo motors which are limited in power output, their AC counterparts use AC electrical current and frequency for much larger mechanical output. Better suited to large-scale industrial and manufacturing environments, AC motors include an encoder for closed-loop control and feedback and can be positioned to give a much higher degree of accuracy and speed can be precision-controlled.

You’ll find many powder metering feeders are manufactured using standard 3-phase AC motors. But these lack the control of a servo motor that gives you the precise speed control to produce different flow or feed rates.

One of the most common variations of servo motors, the output shaft of a positional rotation motor rotates up to 180º. Using a series of ‘stops’ in its gear mechanism prevents the shaft from turning beyond this limit to protect the rotational sensor. These smaller servo motors are common in toys and gadgets.

A continuous rotation motor works in a similar way to the positional rotation motor but operates in any direction continuously over a full 360º. The control signal it receives determines the direction and speed of shaft rotation. Again, commonly used in smaller toys and gadgets.

This type of servo motor is a natural extension of the positional and continuous motors and works similarly. The key difference is the gear mechanism features additional gears and the ability to move clockwise and anti-clockwise and forwards and backwards. These motors are usually found in larger or more complex devices.

The electrical servo motors we’ve discussed so far, whether they’re AC or DC motors, all do a similar job – converting energy into motion via their rotor shaft. But there’s another alternative. Powered by alternating currents and using permanent magnets, stepper motors allow for incremental rotational control, movement, and non-critical positioning

As leading providers of specialist equipment to the bulk solids handling sector, Trantec design and manufacture a range of volumetric feeders and gravimetric feeders for various industries. Fitted with precision servo motors, each product gives you the speed and efficiency you need for accurate metering, dosing, weighing, filling, and conveying of dry and powdered goods. For more information, contact us today or call 01282 777 566 or email .